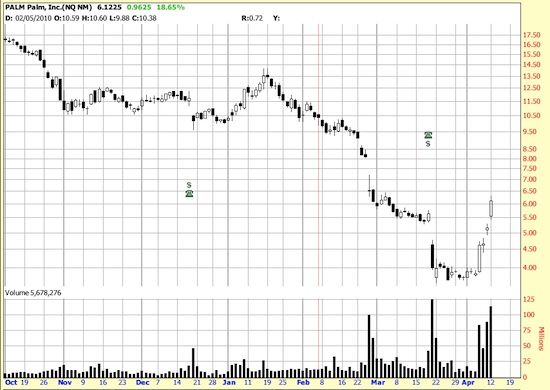 When Karnak can’t get to Vegas for awhile (largely chastened by the crash) he gets restless and starts looking for action.  He can almost always find it in the chart toppers — issues exploding on high volume.  Sometimes these things are total fizzles, sometimes obvious smoke and mirrors sometimes traps.  Maybe we should call them traps and craps.  Some of them might even turn into real investments.

But we think there is only one way to play them, and we do mean play.  You buy two units, put a stop 2 or 3% under the low of the high day and, when (if) you make a good profit on the trade you sell them back one of the units, put a stop under the other one and see what develops.

The behavior of these things says that someone knows something — or thinks he does.

Everybody knows their are rumors in PALM.  (The real news of course is that APPLE has them in the palm of their hand.) 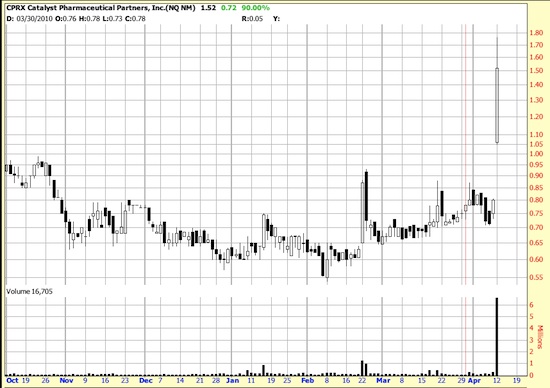 SBCF is on the first day of a power bar too. 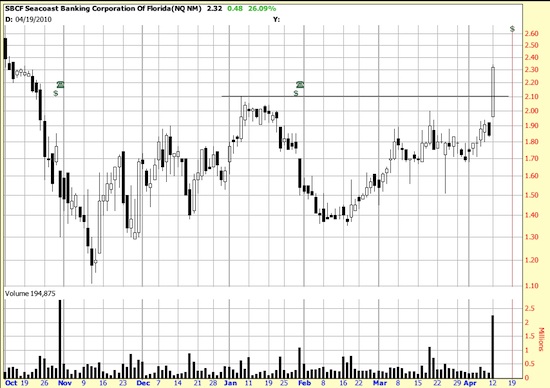 Other chart toppers are LFVN, ATSG (looks like a flag, meaning some more upside predicted), NCOC has a reversal formation, KERX has gaps and a power bar.

Now a word to our sober readers (meaning not drunk).  There are innocent amusements for shooters.  Don’t even think about it if it’s not your style.

You should be luxuriating in open profits from the Qs, the DIA and the SPY so you don’t need any gambling thrills.

As an example, Karnak may be into this stuff, but for ourselves we won’t be doing any of these trades — we’re busy frying other fish.

Heads and shoulders–upside down, or Kilroys