And time to reprise our famous lecture about tulips which first saw the light of day in 1999 in our seminars at U.C. Berkeley Extension.  When we first started talking about tulips students thought they had wandered into a gardening class by mistake. Not.

The classic text is Extraordinary Popular Delusions and the Madness of Crowds by MacKay.

“A golden bait hung temptingly out before the people, and one after the other, they rushed to the tulip-marts, like flies around a honey pot. Every one imagined that the passion for tulips would last forever, and that the wealthy from every part of the world would send to Holland, and pay whatever prices were asked for them….The demand for tulips of a rare species increased so much in the year 1636 that regular marts for their sale were established on the Stock Exchanges of Amsterdam, in Rotterdam, Harlaem, Leyden, Alkmar, Hoorn, and other towns.  Symptoms of gambling now became, for the first time, apparent.  The stock jobbers, ever on the alert for a new speculation, dealt largely in tulips, making use of all the means they so well knew how to employ to cause fluctuations in prices.” (Italics mine.)”

Over the recent past venture capitalists have been crawling, begging and pleading to get a piece of Facebook at whatever price was asked.  The last transaction reportedly valued Facebook at $80 B.  You know what the B stands for. 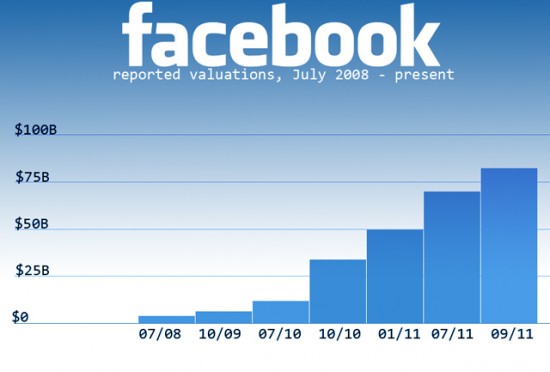 Reportedly Facebook will try to monetize (IPO) at $100 B.  Why not $200 B? or $300? After all there’s one born every second according to Barnum.  We watch this process with the fascination of a chicken watching a cobra about to eat him.  So far the venture capitalists bets appear as if they will pay off (greater fool theory).  And in fact we know the other side of the story.  We used to play pick-up soccer with a smart attractive guy who was a venture capitalist.  He said that he had been offered Apple three times early on, and had turned it down — valuation too high each time.  We knew he would never make it as a V.C.  He didn’t understand markets. (He didn’t.)

Now obviously there are exceptions to the tulip rule:  Google, Microsoft…

But we would like to remind you of the stages of bull markets: Accumulation, mark up, create momentum, suck in crowd, create buying panic, slaughter the lambs, pluck the chickens, celebrate at la Tour d’Argent.

Here is the prototypical IPO, Palm which accomplished all the stages of a bull market on the day of its IPO: 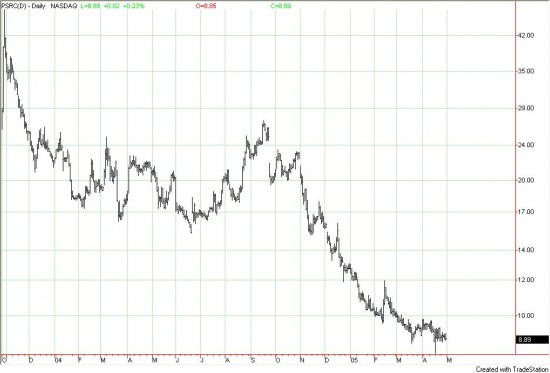 Look carefully at the first bars, easy to miss because of the margin line.

And what makes you think anybody is going to do you a favor in Facebook?

S&P 1565? Reposting of a previous letter as part of year end review

Surprised? Then you haven’t been reading the letters–or the handwriting on the wall