Somewhere the Union Jack is flying eternally — maybe in Japan, because here are buy signals in the GBP/JPY. 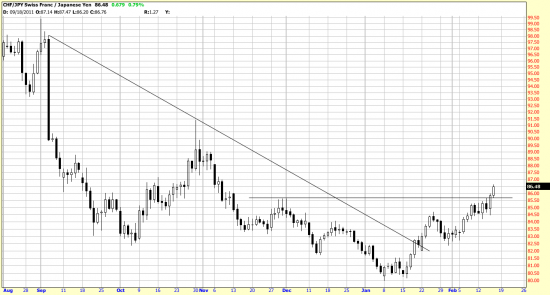 Not just the Brits, but the Svitzers also — though given Swiss manipulation of their currency one might be wary here. 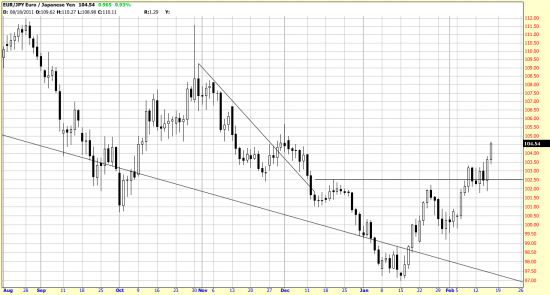 Even the battered and depreciated euro has a positive chart pattern against the Yen.

We will be taking some positions in some of these next week.  After the Apple reversal day we looked at the Qs to see if we wanted to bail, but didn’t, and are sitting on nice profits there, as well as in the other indices.  Strangely — maybe not so strangely from a fundamental point of view — the clear reversal signal has been discounted and only resulted in dippers seizing it as a buying opportunity.