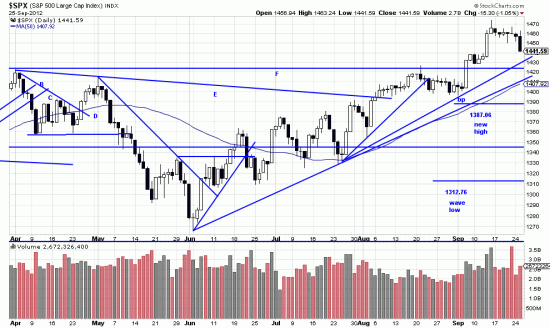 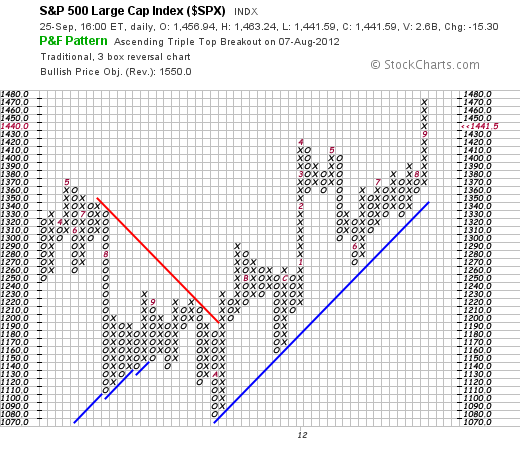 Two views of the S&P.  The nearby view in the first chart prompted us to put on some hedges to our positions in the SPX and the Qs.  This is strictly a trading move.  The second chart shows what we really expect from the market — 1550 calculated by the PnF method.  Longer term readers may remember that we calculated a target of 1565 months ago — a letter that was quoted by Barron’s.  Our trade here is based on the low VIX, the length of this waveup, and not least the suspicious volume two days ago.  Our readers who are generally not as antsy as we are will sit patiently through what comes next while we run around in circles. 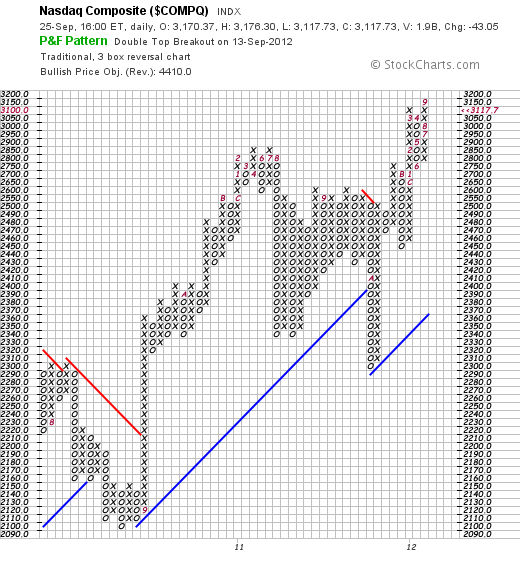 In the COMPQ the PnF method looks for a target of 4410.  We would be not at all surprised if this target should be reached.

Of political interest Victoria Bassetti (firstborn daughter) has published Electoral Dysfunction a book about the electoral mess in this country.  Kirkus Reviews called it “delightfully provocative”.  It is the subject of a PBS documentary and is excerpted in the October Harpers Magazine.