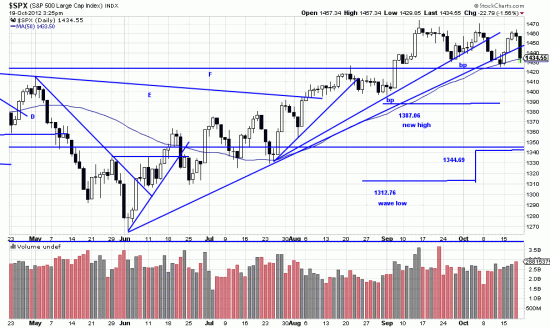 October 19, 1987 we were driving in late to San Francisco when we heard the market collapsing.  We had been expecting a major collapse but the next year.  Nonetheless, acting on some ingenious software we had developed we were long straddles, so a market collapse was a bonanza for my company, Options Research.  Bear Stearns where we had a leased seat didn’t answer the phone — like a lot of people.  Customers were their last concern.  So I trucked over to their offices to collar my trader.  He was busily rebalancing every minute, trying to maintain a delta neutral portfolio. Stop rebalancing I screamed.  When the market is in freefall get a shovel and collect the money.  Don’t try to be delta neutral in a crash.  Just take the money and run.

We made a huge amount of money for a little company.  Unfortunately most of it was client money.

One of our company advisors contributed mightily to the crash with his portfolio insurance scheme.  And the company founder  was credited by the Brady Commission with saving capitalism:  According to the report Blair Hull bought the last contracts on the floor seconds before trading slammed to a stop.

October 19 always brings back fond memories for us.

This October 19 the market is spooked again, and the pattern being set up in the SPX, as seen above, is lower highs and lower lows, not to mention the broken trendline today.  The slope of this pattern is not severe at this time, but the severity of today’s action gets one’s attention.  Certainly traders should not be long.  Stops for more rational investors remain the same.  We do think the market will try to dislodge general investors before it rockets off and the chart will reveal that.

Twenty days or so ago we were puzzled by the gold and silver markets  They had just finished flags as we recorded at the time, which to us signaled the end of the run and we had taken profits in them.  Then they had a huge run up day and we thought that was strange, but  a continuation instead of a collapse.  We were right the first time.  Gold just broke the horizontal trendline so we have put on a small short.  Really just to show our heart is in the right place.  Could do the same with silver.

We don’t think we are going to see a panic Monday, but we are hedged.

What is the mystic explanation behind it all? Revealed here.