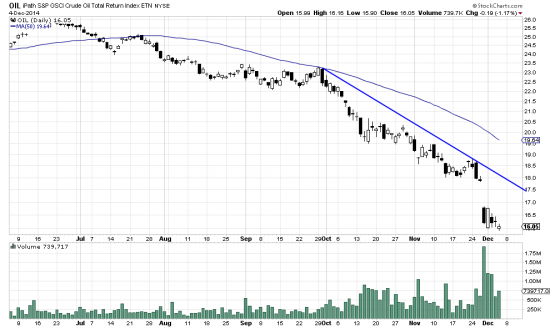 T. Boone thinks oil is going back to 100.  T. Boone may be selling snake oil (less than $100, but in extended uptrend), but that doesn’t mean he’s dumb.  And the oil market is oversold.  We declined the short in OIL because we thought it too volatile — especially for readers who might not be experienced.  Now there is a clear pattern of accumlation as well as a volume spike that may be conclusive.  It is an obvious speculation and might appear to be  grasping at a falling knife but we will be scaling in starting tomorrow.

Don’t do this unless you are prepared for volatility.

Dow up. TLT (bonds) down. Big breakout? Could be.