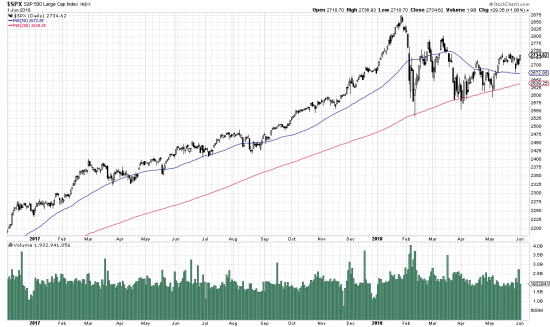 Here’s how we got here.  Rarely have we seen a formation that is more difficult to draw conclusions from.  We can analyze it without great difficulty.  There is first of all the last (so far) wave of the great 09-18 bull market.  This is topped off by a semi-parabolic wavelet followed by the waterfall of prices.  This doesn’t look like a top,  It’s hardly a down wave.  The awkward nomenclature system calls it a “correction”–which amounts to –high to low, 11%.  Percipitous falls are quite common after spike events like this.

And so is the chaos and volatility that followed.  We have found a couple of triangles in this mess and have been astounded at the volatility.  As of the present the status is –evidently a breakout from a triangle, followed by what might have appeared a flag, but now just looks like noise. 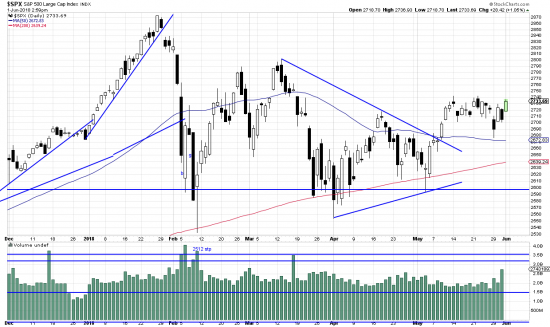 This does not have the marks of a downtrend–lower highs, lower lows.  It has the characteristics of a side trend,  directionless price movement.

Here is our guesstimate — this is a consolidation phase and the bull trend will continue when sufficient work is done here.  Define sufficient.  Only the Great Market Juju knows that market secret.  But we know that making a new high will be a signal.  In the meantime conservative investors will sit out this –as we have descibed it–naked mud wresstling.  The bold might take positions in here –but only if they are willing to watch their equity bungee about.