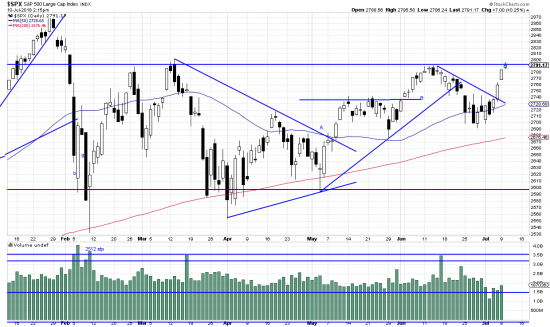 Over the past several months we have seen the market sell off, then bounce off the low and surge in a limited wavelet.  The up wave has never developed into a strong trend wave because of the power the contrarians and traders have in these markets. Nevertheless basic price  continues to make new highs ( we would call them sniveling highs.  But they are buying signals.) Sooner or later they will reignite a bull wave.  The basic trend of March09 remains in force even though we are wallowing in a correction.  We have made desultory trades in here and remain long — (with a sniveling level of commitment.)  In the throes of the tedium we  contemplated the ace in the hole strategy–buy something interestig and hope that our sons cash it in in ten or twenty years.  So we bought a picayune position in Amazon and the same in google and microsoft.  We are not recommending this,  just keeping the troops informed.

We did this partly thinking of those long ago trades when we were pups.  If we had kept one share of our positions in IBM and Ford and Honeywell (instead of taking all the profits)  we would be unjustly enriched.  Never too late to do something you should have done 40 years ago. 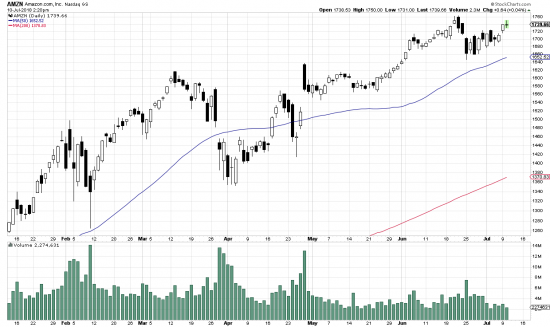 Mighty Amazon flows on.  May own whole country at some point.

Tiptoeing along the razor’s edge…