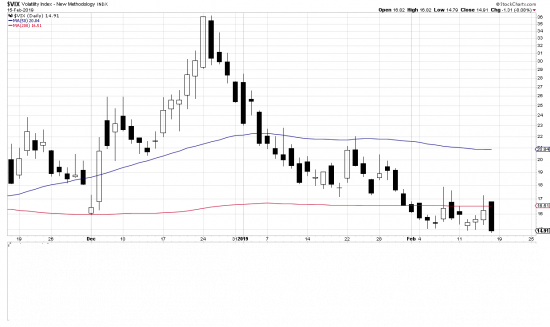 The character of volatility never changes.  It always reverts to the mean.  That doesn’t mean that it is absolutely predictable.  That would be a rare animal indeed.  Rather it is a general concept sometimes apparently voided in specific instances.  Nonetheless it always behooves the trader/investor to know the state of volatility when making decisions.  You also have to observe (in many cases) the volatility of the individual issue you are concerned with and wheere it fits into long term behavior.

This being said, professisonals say, as a general rule, that you sell high volatility and buy low volatility.  It appears from volatility conditions here quite low) that the markets might settle down and be hospitable to investing.  At least we are inclined to place bets, now. 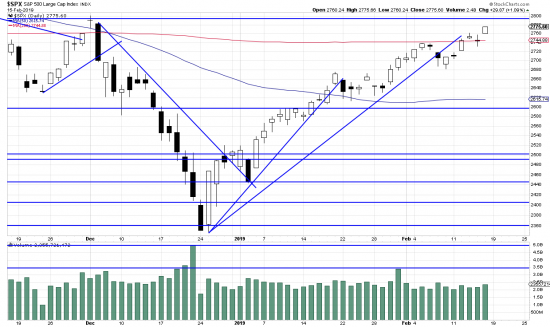 The sneaker wave that started in late December turns out to be a serious candidate and a base has been formed that will support a trend trade.  As always, scaling in and being alert to a sell-off.