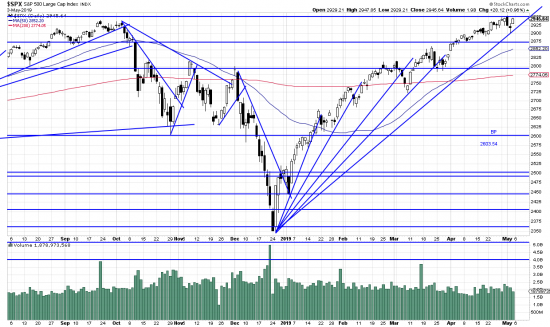 The present wave is  and has been so strong that no Basing Point for a stop has been created.  So we have done something creative.  As illustrated by the horizontal line we took a wave low from the market prior to the sell off and made a Basing Point from it–as shown: creating a stop of 2603.54. 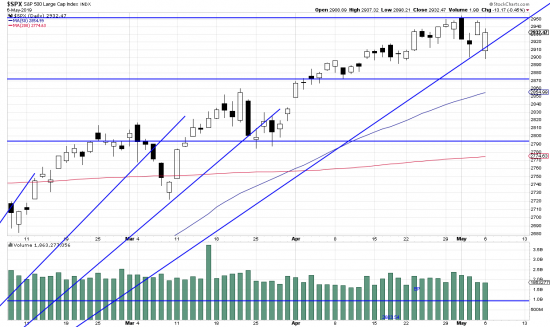 The risk factor known as Trump knocked the market down 450 Dow points on the opening today.  Showing the wisdom of having a Basing Point stop and not being too tight.

Nevertheless we remain bullish on the market and debunk obeying nostrums like “sell in may and go away”.  Just one of those market sayings  designed to fake you out.

Buy! Buy! Buy! Well, enough of hype, but in fact there is a Dow buy signal today