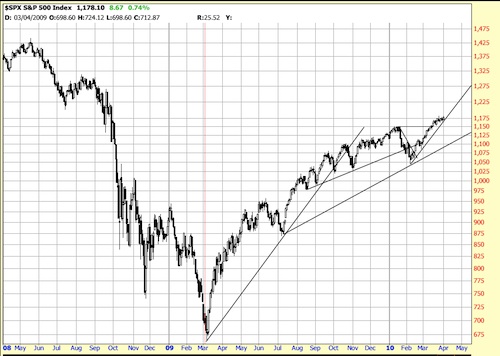 In October we warned that the breaking of the trendline from March would have some consequences.  So far these consequences have been decidedly minor in nature.  Assuming of course you liked the 8% (m/l) downwave in February. 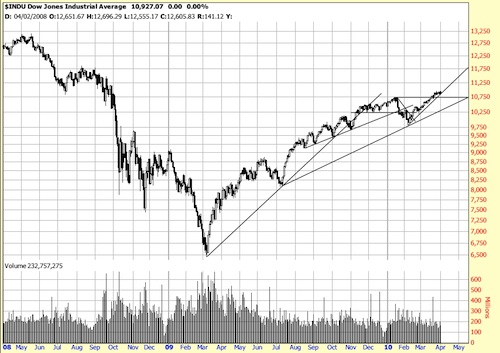 There has been little difference between the reaction of the S&P to the Dow, except the S&P might have reacted to the trendline break with a little more sideways action.  Of course we think you should always be in both ETFs — the SPY and the DIA.

Right now the dominant trendline is from July in both.  The sharply angled trendline from February should experience a downwave at any moment.  You could struggle against it and sell some calls or buy some puts but this is probably self defeating tactics.

Despite the hand wringing and bewailing there is no sign at present in the market at the moment of severe (greater than 8%) downwave action.

This is a little strange — given the millions of mortgages in trouble and the unemployment rate.  But the market is a barometer of the future and it is saying things are going to be all right.  Strange.

End run? Fake out? More of the same….