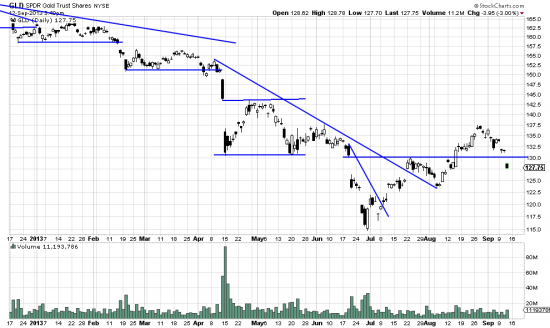 We shorted gold based on the downgap.  A trade rather than an investment. The August buy signal canceled by the retreat and gap constitute that phenomenon technicians regard as a high probability trade — signal- canceled signal — new signal in the other direction.

Apple, on the other hand —  Yesterday we spoke favorably of Apple.  Then last night we took another look at the chart and what we saw was not good technically. 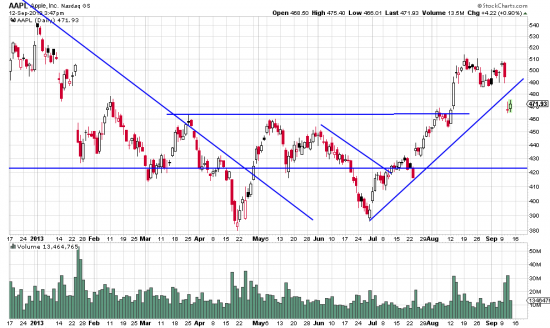 Interestingly Apple has just done what gold did.  Basically this throws into doubt our analysis of apple.  We still think that Apple is fundamentally a buy, but the downgap here says, “not right now” and wait for the technical situation to sort itself out.  The chart says short it and that might work short range.  But shorting the long range might not be a good long range thing to do.  (We did this deliberately.  It’s not an accident.)

We put on scale-in positions in QQQ and EWJ.

Flagging the Dow and dead cats?

End of world doesn’t happen. Except for Dow and Euro.