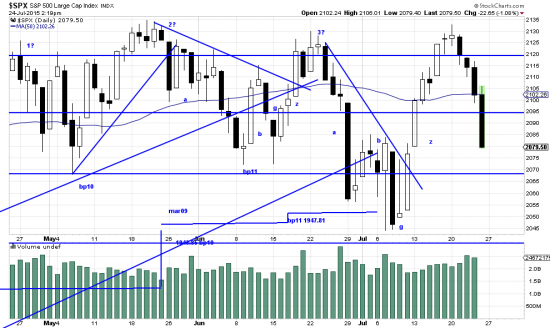 As Mark Twain said about the weather in San Francisco:  If you don’t like the weather, wait a minute.

And that is the case with our alpha-beta-gamma pattern which hit contrarian selling the last four days and played hell with the pattern, and which tells us that the sideways contrarian dominated market is still on.  We don’t much like the tenor of the market (nor the baritones and sopranos).  you could make some reveue here by selling covered options, but there will be little if any profit until we make a new confirmed high  As we said, shorts in gold, silver and GDXshould be profitable.  Otherwise it’s a dog’s market and we will b scratching flees until August gives us a break.

Go to the beach.  We’ll let you know if anything promising happens.

Haul down the flag…