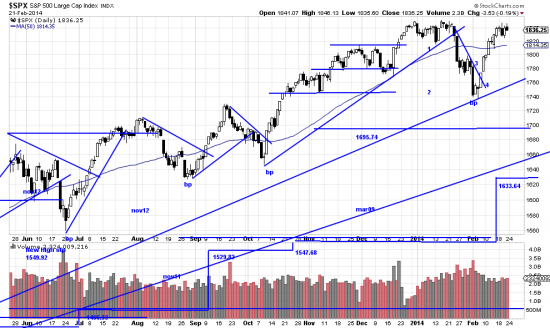 Prices encountered resistance last week and left the market betwixt and between.  Failure to take out the old highs would create an uncomfortable short run situation.  This will be the setting for next week.  Somewhat the same situation exists in the gold miners (GDX).  Several letters ago we remarked that the gold miners (GDX) were a buy:  http://www.edwards-magee.com/?p=4657 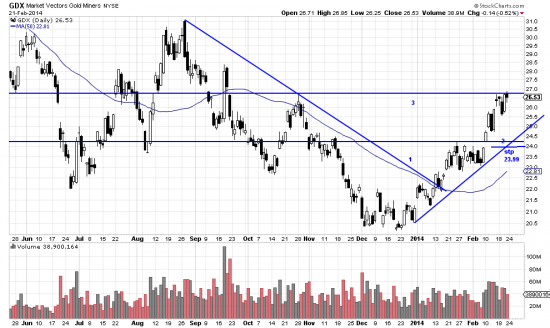 A more aggressive trade would have the break of the line at 1.  Prices broke out at the horizontal line at 2 and now are hesitating at the line at 3.  We have indicated a strategic stop at 23.99.  We have been skeptical of the gold advance but fighting the chart is a vain occupation.  We will be buying GDX shortly. Believe it or not.

What’s it all about Alfie?

1st rule: more of the same, with intermitent volatility