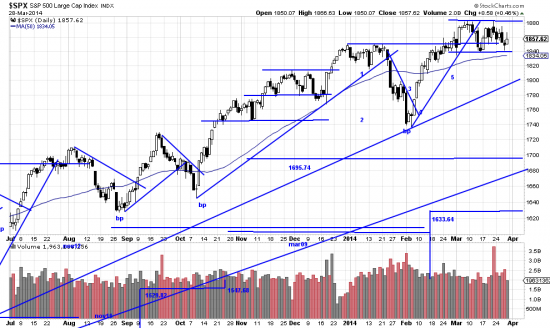 As if you would ever trust it.  Only if you were in a fugue state.  Or drugged.  The market has basically been in a muddle for —simple count 20 some odd days — larger  analysis — a couple of months.  We knew we were making a high risk trade in IBB and the market ejected us, as it did in JO.  Contrarians rule.  Perhaps not a surprise given the continued impotence of Congress and the potence of Putin.  (Actually semi-tough, and at that, a semi-tough thug.)

The market is definitely in a do not buy mode.  As depicted above in the SPX a congestion zone or rectangle has formed.   So far it looks like the market is holding up in here — holding up just enough to be annoying.  The contrarians are definitely in control here, but the bulls are giving it a try.  Contrarian influence is sufficiently strong to deter the restless money sitting on the sidelines.  Meanwhile in a negative indicator the minute we tried to get into the bio-tech trend the big money took that as a signal to take money off the table. 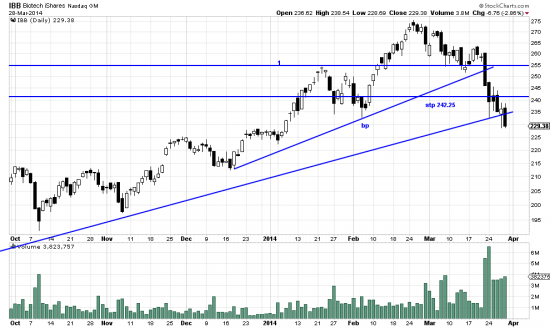 Talk about musical chairs.  The volume says it all.  Big accounts taking profits.  Well that’s what stops are for — and that’s what scaling in is for.  Dip a toe in the market and if the sharks get it they only got a toe — not the whole leg.  So, in short we are for toeing in rather than legging in.  Always start small. 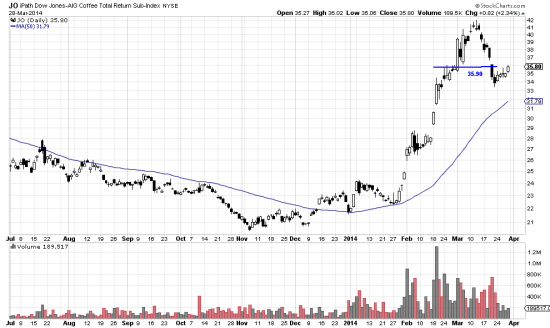 They drank our coffee too.  Well, one of those days in the market.  If you can’t take a joke, as they say…  We’ll try to find reentry points in these if the chart warrants.  Meantime we’ll look for some good hedges as the market is definitely vulnerable and as we have said the likelihood of a nasty correction before the election is very high.

Silver and gold have I none (but I got shorts)