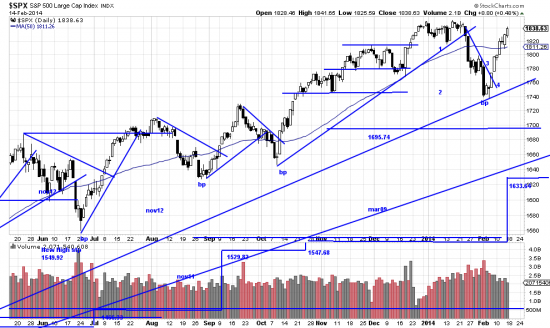 The present price wave has created a new Basing Point as illustrated, and the trendline from nov12 (2) has dropped down to anchor on that Basing Point.  The rising Basing Point has created a new stop at 1633.94.    This is fairly consequential.  The old new high stop remains where it is– not a quantitative decision.  It is still probably too tight, but we would take it  rather as a storm warning rather than a dominant stop.

We lifted all our hedges, bought gold and silver (based on the price gaps) and bought QQQ as it cleared to new highs. 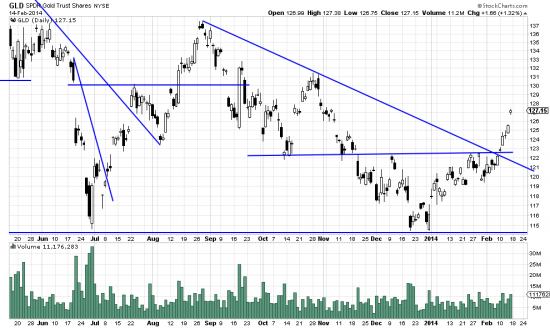 Silver and gold took the same trajectory.  And both are buyable.  We have not yet unraveled the mechanics behind these moves.  Maybe it  is the false move before a real bear market in the metals.  Nonetheless.

Clearly the bears have retreated.  In the Qs there are buy signals so we bought it. 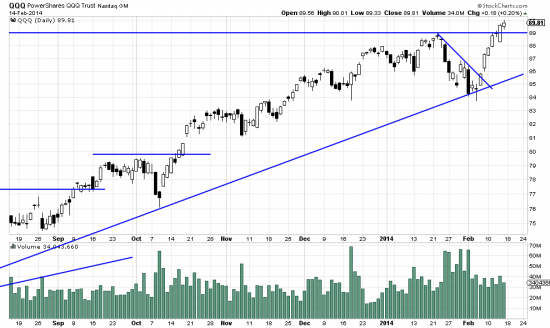 Excess caution kept us from taking the z wave.  Anyway this is a more conservative trade.  The stop is like that for the SPX.  6% under the Basing Point (last low).  The last few months have been like pulling hen’s teeth.  Contrarians and hedge funds have seized every opportunity to create volatility and knock down prices.  We don’t think they are hibernating.  They are just lying low here — or maybe even on the bull side.  We  think these people should be taxed at a higher rate than authentic investors.  They do nothing but erode public confidence in the markets while they line their pockets with (often) illegal profits — or immoral.

Have yourself a merry little …

More than one market — lots of them