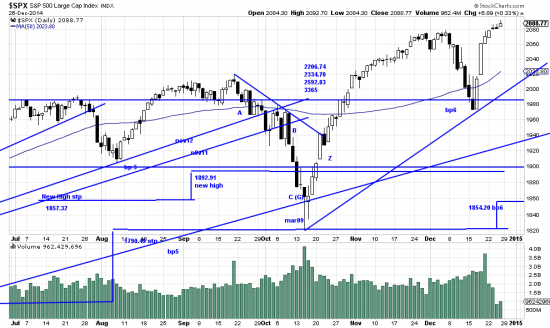 Today’s WSJ records the fact that 79% of mutual funds are underwater to their benchmarks.  This sorry story is exacerbated by the fact that their benchmarks are so low.  (Ever look at the Lipper Averages in detail?  Don’t if you’re prone to depression or easily driven to tears by the obfuscatory practices of Wall Street to hide how they are living like leeches on your money.  Well hopefully not your money– rather your brother in law’s money.)  Worse, these underperforming funds are distributing capital gains causing tax problems for their investors.

Actually we’re suprised and pleased that they have managed some capital gains in this roaring bull market.  Bravo for them, and their investors get what they deserve.  Is that cruel?  Cynical maybe and comical, but we have always said that our letter distributes such cheap cynicism that the minimum wage worker can afford it.  But can the nation?

We leave that question hanging in the air and note that the market has given us a new Basing Point (6) which has raised the system stop to 1854.20.  We have not computed a new newhigh Basing Point as we don’t have a qualified newhigh.

And speaking of gifts which keep on taking, ignore all that free advice being passed out about the Santa Claus rally and the January effect and similar portentious  babbling about the market crash and the price of horse manure on the Russia Ukraine border.  (Putin has that market cornered.)  What is really happening is that we just had a traumatic and vicious downwave which traders saw (rightly) as a huge buying opportunity. Now the talking heads are at an impasse.  Market at new highs, crash must be inevitable.  Market at new highs, horse manure from talking heads at new low price.  (If we can shake some loose from Putin’s control.)

From this non-pundit and cranky cynic we think the rule of seven targets displayed on the chart are completely feasible and not being able to depend on indicators or pundits (negative indicators) we just read the chart and it says be long.  We got a little longer, adding on to our UPRO position.  We gave up on GLD.  We see it sideways and not worthy of a trend trade, or a trade trade.  Our short oil position has about 30% in it and our short euro trade has a small profit.  New highs scare people, but good practice says buy it because there is no identified resistance up there.